This is a part of the country that has offered inspiration to artists and writers for decades and their presence adds to the trendy feel of the area with the coastal drive linking a series of quaint and charming towns. The Garden Route runs along the Western Cape coast from Mossel Bay to the Storms River. It got its name from the abundance and diverse vegetation encountered here and the numerous lagoons and lakes dotted along the coast.

One of the most picturesque regions in South Africa, the Garden Route is a nature-lover’s paradise. Beautiful pristine beaches and rolling mountain ranges dotted with lush valleys and forests. The indigenous forests are home to 700-year-old yellowwood trees and the elusive forest elephants. A perfect location for hiking, excellent surfing, world class golf courses and, of course, the world’s highest commercial bungee jump.

The Tsitsikamma National Park is one of South Africa’s most dramatic protected areas and combines both marine and land attractions.

Situated just outside of Oudtshoorn one finds the Cango Caves, an important geological feature made up of a series of caverns and chambers all naturally hewn of limestone.

Some of the towns included along the Garden Route are Mossel Bay, Knysna, Oudtshoorn, Plettenberg Bay and George, being the largest city. 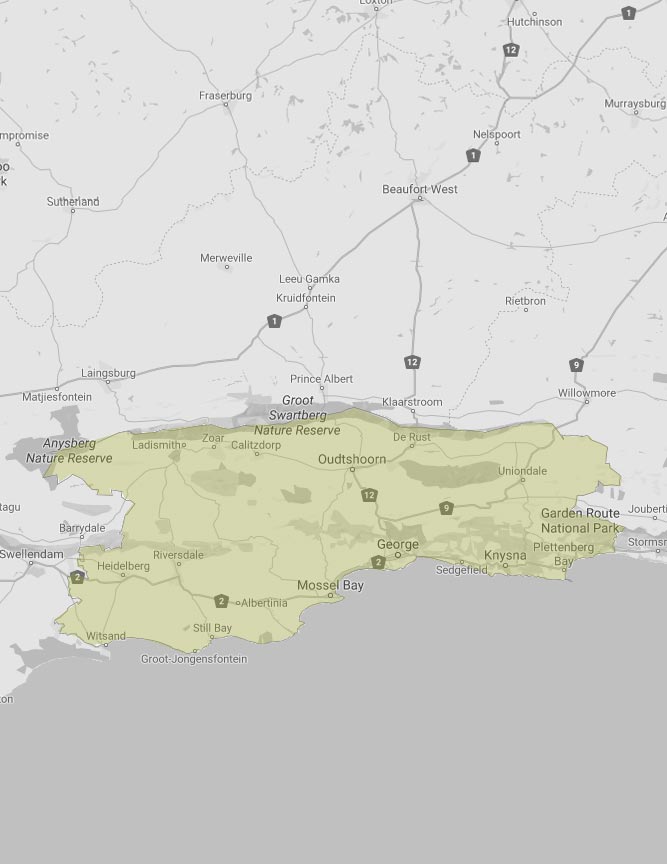 The Eastern Cape was formed in 1994 and is made up of the Xhosa homelands of the Transkei and Ciskei together with the eastern portion of the Cape Province. The central and eastern part of the province is the traditional home of the Xhosa people.

This province is a cultural melting pot and is the birthplace of Nelson Mandela, iconic leader. The rich heritage and diversity of the Eastern Camp, with its people, sights and sounds are what makes this region so unique.

Situated 73 km from Port Elizabeth is the Addo Elephant National Park which was created in 1931 to save the lives of 11 elephants. It now offers sanctuary to more than 350 elephants and a wide range of other wildlife.

Camdeboo National Park stretches over 19 400 hectares and includes the Sneeuberg Mountains and the historical town of Graaff-Reinet. The park has some awe-inspiring beauty and ruggedness of nature to showcase the most impressive and beautiful area known as the Valley of Desolation. Here one can view pillars of dolerite rock formed by erosion reaching up to heights of 120 metres. 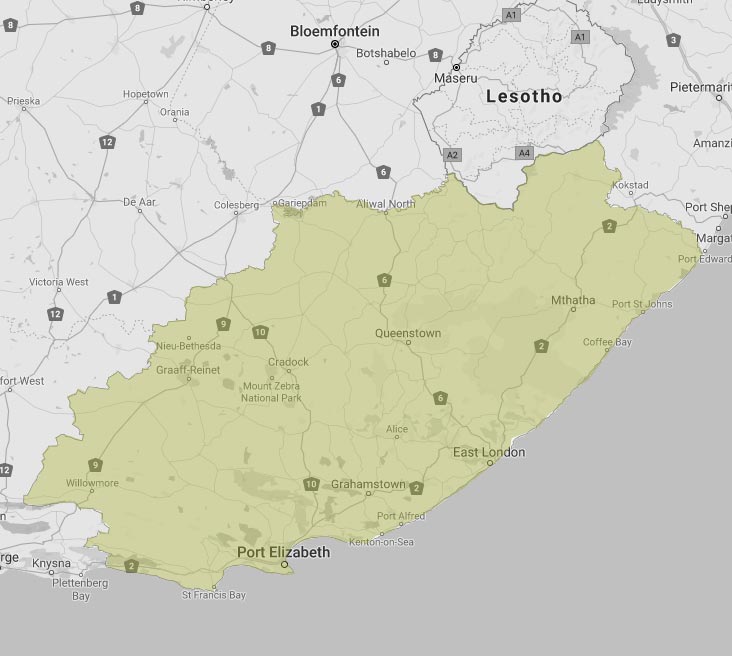 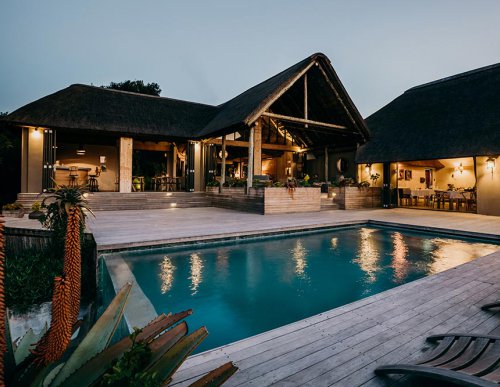 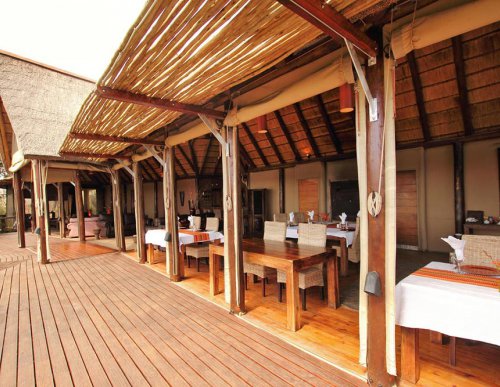 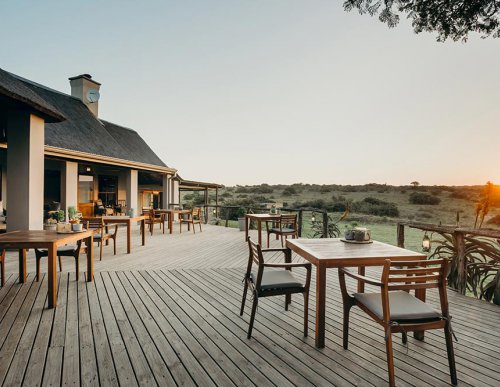 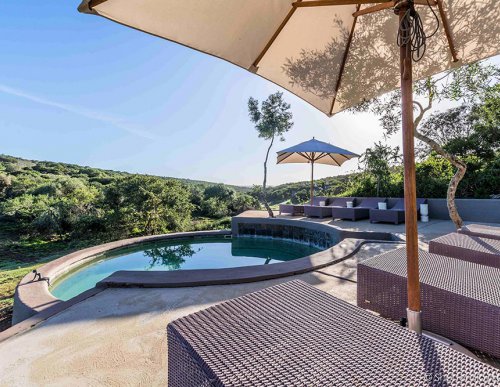 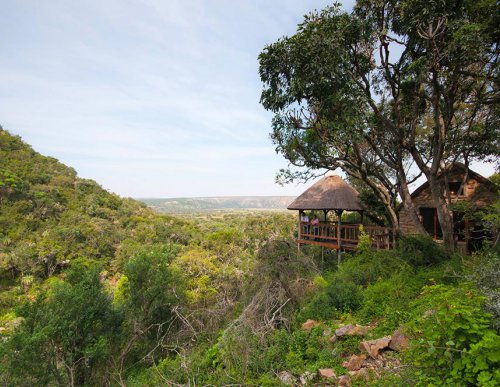 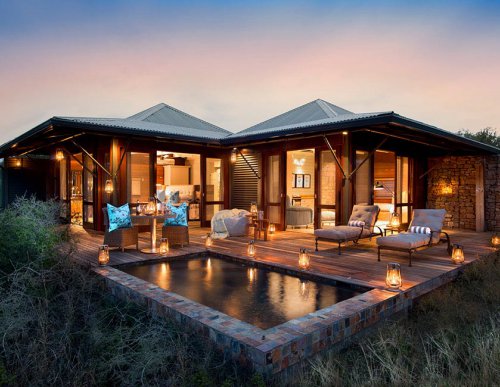 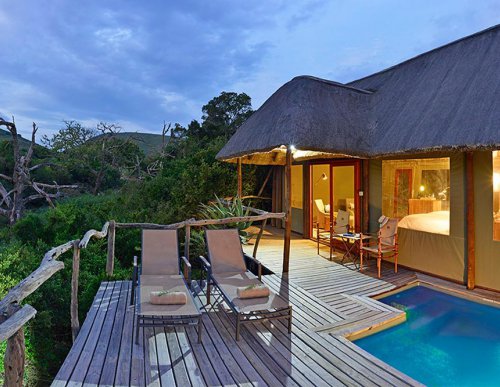 Bayethe Tented Lodge offers guests the opportunity to immerse themselves in utter tranquility... 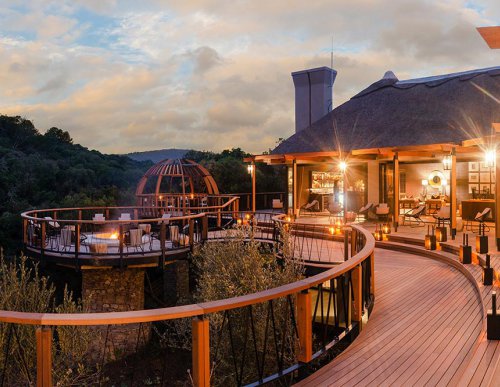 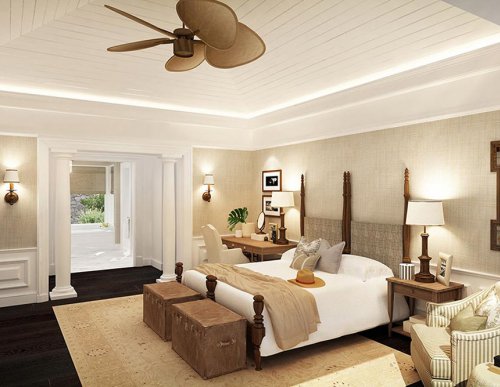 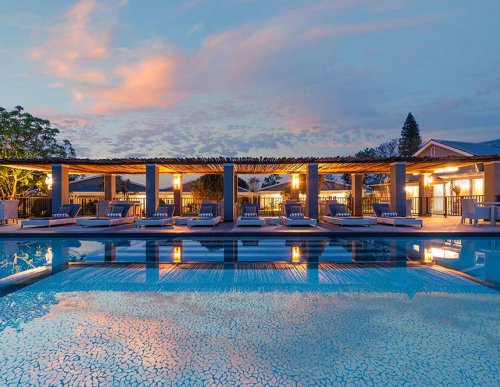 Surrounded by an abundance of natural beauty, Riverdene Family Lodge overlooks the widespread